Last week I followed a twitter link to this story on the BBC website which says that, as part of the Government's attempts to improve it's internet services, individual departments are to lose their own logos and adopt a version of the Royal Crest. Their websites will be brought together onto the one Government website as well. 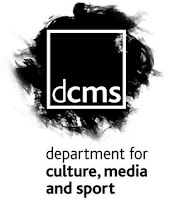 Whilst it may not do much in the way of cost-saving and is, of itself, a pretty small change, it is one of the best news stories I have read in a while. Whatever the aesthetic merits of the individual department logos - I quite like the one for the Department of Culture, Media and Sport, for example - I've always wondered about the need to "brand" (and re-brand) government departments and agencies. Of course they need to look professional and have some form of identity but it's not as if these bodies are competing for business.

Bringing all the departments together under the Royal Crest seems eminently sensible (at least until we become a Republic - then the Royal Crest would become a bit of an anachronism!) While we're at it, hopefully we'll be able to build on two years of stable departmental names and responsibilities - rather than the constantly shifting Whitehall landscaping of the proceeding years and decades. A trend that reached it's nadir with the 2005 Department of Trade debacle.

This story received far less coverage than I thought it would. Perhaps because many think it is sensible, but I'm still surprised it hasnt had more criticism. One wonders, without a COI, how easy it will be to police, however.
A similar exercise in the Netherlands also received a favourable reaction, but they were quite strict in their policing of the new brands. We covered this in 2010 - http://communicatemagazine.co.uk/archive/108-june-2010/1575-ministry-of-madness-departmental-logos
The exercise was expected to save £5m per annum.