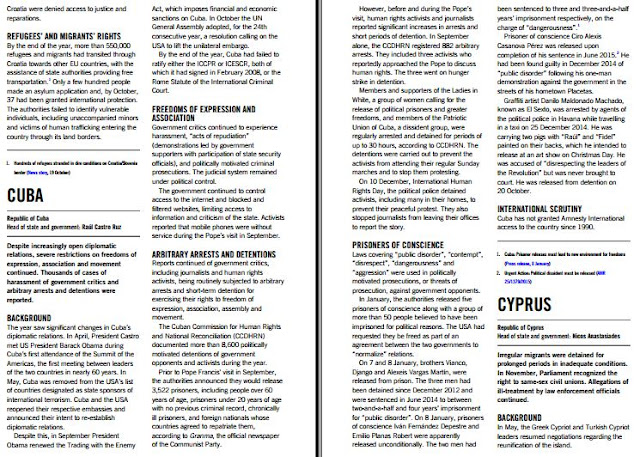 
* Labour's tribalism is alive and well in Richmond Park where their candidate seems to have forgotten that the defending MP - the so-called "Independent" Zac Goldsmith - is the primary opposition.
Posted by oneexwidow at 21:21 0 comments

What I think Lib Dem MPs should do on invoking Article 50.

Over recent years, my blogging has become quite limited. Parallel to this, my political thoughts have been increasing expressed on Facebook - either through status updates shared with friends, or in discussions on various pages, profiles and groups.

A couple of months ago, I set up my own *public* Facebook Page as an halfway house between full-on blogging and those ad-hoc debate contributions. You can find that page here, and the latest entry below.


To my mind there are two main aspects to the decision:

The "Respecting the Will of the People" argument.

Whether we like it or not, the nuance* of the fact that the referendum was advisory, or that MPs are representatives not delegates, is lost on people. Further, one** of the reasons many people voted "Leave" was to kick out against a system that they perceive doesn't represent them whether in Europe, Westminster or their local Town Hall.

Set against this, is the fact that all Lib Dem MPs were elected on a manifesto that proclaimed our commitment to the EU, and that we were active campaigners for "Remain" in both our own right and as part of Stronger IN***.

If a Commons vote were *just* on Article 50, then I would be comfortable with MPs splitting between abstaining and voting against, depending on their own view of the weight to be given to the referendum result, either nationally or in their own constituency.

But the vote will not be context-less. Whether or not it any motion put to MPs expressly refers to the terms of negotiation, there are likely to be indications from government as to what outcome they are seeking. Which brings us to...

The "what type of Brexit is it to be" argument.

The referendum result was only clear in delivering a "Leave" result but this was as a result of a coalition of people voting Leave for many different reasons - "Hard Brexit" would have been unlikely to command the same majority. It is this that makes this second argument over how to proceed so key.

Post referendum, the party laid out a list of "key issues for negotiation" as part of a post-referendum policy which also called for parliament to have a vote on Article 50.****

I took this - and still do - to be a list of our red-lines***** in consenting to any negotiation. As a result, I would expect us to vote against triggering Article 50 if these points have not been positively addressed: something which seems unlikely at present.

I started this piece expecting it to be more ambivalent than it turns out. As things stand, though, I can't see how our MPs can't vote against given that the government seems bent on hard Brexit.

But there is a balance to this that, to me, transcends a simple cry of "we must represent the 48% unequivocally" and which makes our position difficult to "sell" in the meantime. To be honest, I'm not sure how we square the circle without being left open to misrepresentation by the right wing press on the one hand, and the harder fringes of the 48 on the other.

I suppose the position above could be outlined as: "We respect the result of the referendum although we continue to believe that leaving the EU would be bad for Britain. Should the government pursue an agenda of hard Brexit, we will vote against this. If it brings forward proposals that satisfy our red lines, we will give them the benefit of the doubt subject to any agreement being put to the people in a referendum including an option to stay in the EU. In any such referendum we will campaign for staying in."

It's not the catchiest soundbite ever...

P.S. If Article 50 is blocked by Parliament (or, at least, the House of Lords) and a snap election results, then I believe we should fight the election on an express commitment to vote against Article 50 in the new Parliament, regardless of the negotiation terms proposed.

*I appreciate this is cold hard legal fact but to many it's incidental to "we had a vote on this"
** There were, of course, many reasons people voted "Leave" including those who just genuinely took a different view of things.
*** Of which the least said, the better, for now...
**** http://www.libdems.org.uk/europe
***** I hope we stick to this list better than we did over our demands on the vote on airstrikes on ISIS in Syria...
Posted by oneexwidow at 14:33 0 comments