Over the past couple of months, the former PwC offices in Bristol City Centre have been demolished. Or, at least the modern extension to the side and rear of the Georgian-fronted building in the North Eastern corner of Queen Square has gone.

Here are some pictures from various stages in the process: 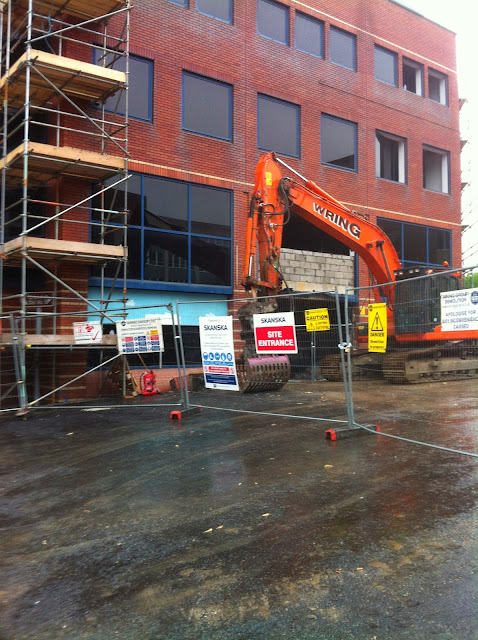 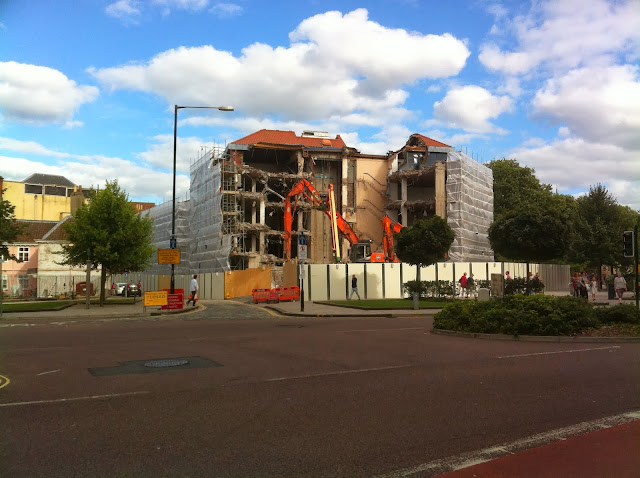 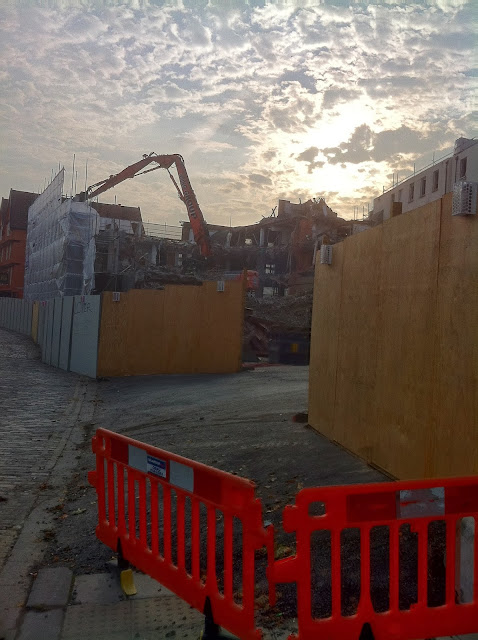 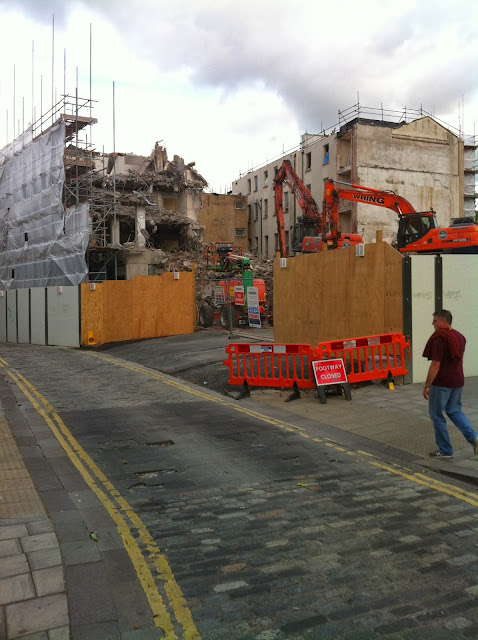 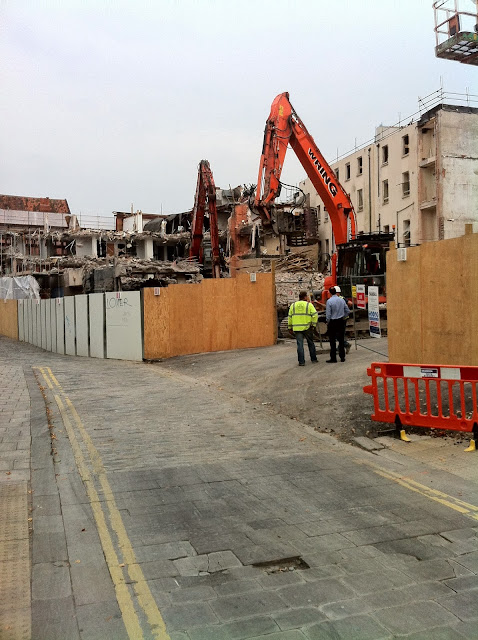 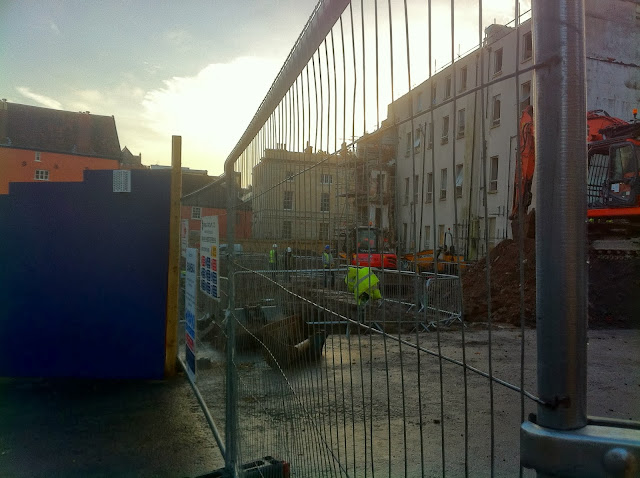 I've also found some pictures what is set to replace the demolished building. Whilst I can see what is being attempted (a design that attempts to marry the scale and classic style of the Georgian frontage with the older architecture of King Street which the rear gives onto), I remain to be convinced:


You can find more information about the development here.

Andrew
Posted by oneexwidow at 20:38

On balance, I think this is an improvement on what was there previously.