The King Is Dead, Long Live The King... or Queen 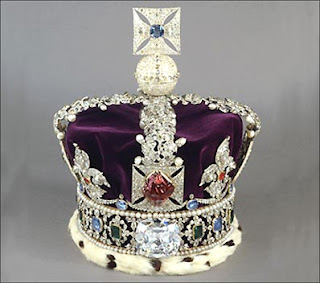 Those of me who know me know that I am lifelong Republican. It has, ever since I was conscious of these things, seemed wrong to me that our Head of State should be determined purely by the fact that he, or occasionally she, happened to be born into line of succession.
To me, this runs counter to every Democratic instinct. Even where the Head of State has no substantive powers, surely the country should be allowed to democratically choose who that person is. After all, the Head of State is a figurehead in the country and a representative of the nation in the international sphere*.
In a Republic we would be unlikely to restrict presidential candidates seeking election to males, only allowing woman to stand if no men were available. We would be unlikely to enquire after the religion of the spouse of candidates, disallowing any who were married to, heaven forfend, a Catholic (or was, indeed, a Catholic themselves).
For now, such a republic remains a dream in the UK. Indeed, the tide of republicanism in this country has receded somewhat from it's high water mark around a decade ago. It could be argued, indeed, that the current constitutional settlement is implicitly - if not explicitly - the democratic will of the people. So yesterday's decision by the Commonwealth Heads of Government to abolish Male Primogeniture and the restriction on the Monarch marrying a Roman Catholic is to be welcomed as a small but positive and progressive step.
There are, of course, a number of other steps which I would like to see - disestablishment of the Churches of England & Scotland and allowing the Monarch to choose their own faith, for example - but, for now, it would be churlish to deny, as Republic does, that this isn't a significant step in its own right.
Andrew
* Although I will concede that, from the UK's point of view, this side of the role could diminish if we adopted a Presidency along the Irish model. Test this by asking yourself how many non-executive Presidents you can name, for example who's the President of Germany?
Posted by oneexwidow at 16:24

I think that when Chas takes over (as George VII?) with the lovely Camilla, then there surely will be a revival of Republican sympathies - especially if, as seems possible, he's going to actively poke his finger where it doesn't belong - and no, I'm NOT talking about the lovely Camilla.
However, as his reign is not likely to last very long, maybe monarchists will just sit tight, yearning for the up-coming Wills/Kate double-act, which might bring about yet a further monarchy-sympathetic revival.
But the whole institution really does seem more and more of an anachronism, almost reduced to a tourist-attraction now.
Of course, no serious person can seriously oppose the move towards female-equality primogeniture and removal of the R.C. disqualification. Both must be welcomed. I do, however agree about the 'invisible man/woman' office of a Presidency. Even a Germano-phile like myself cannot recall off-hand the name of that country's President - nor those of most other President-led countries. But, as you'd agree, that itself is not sufficient reason for delaying the election of a truly democratic national leader.
Having said all that, must admit I'd feel a little twinge of nostalgic regret at the passing of the monarchy. There, I've said it!