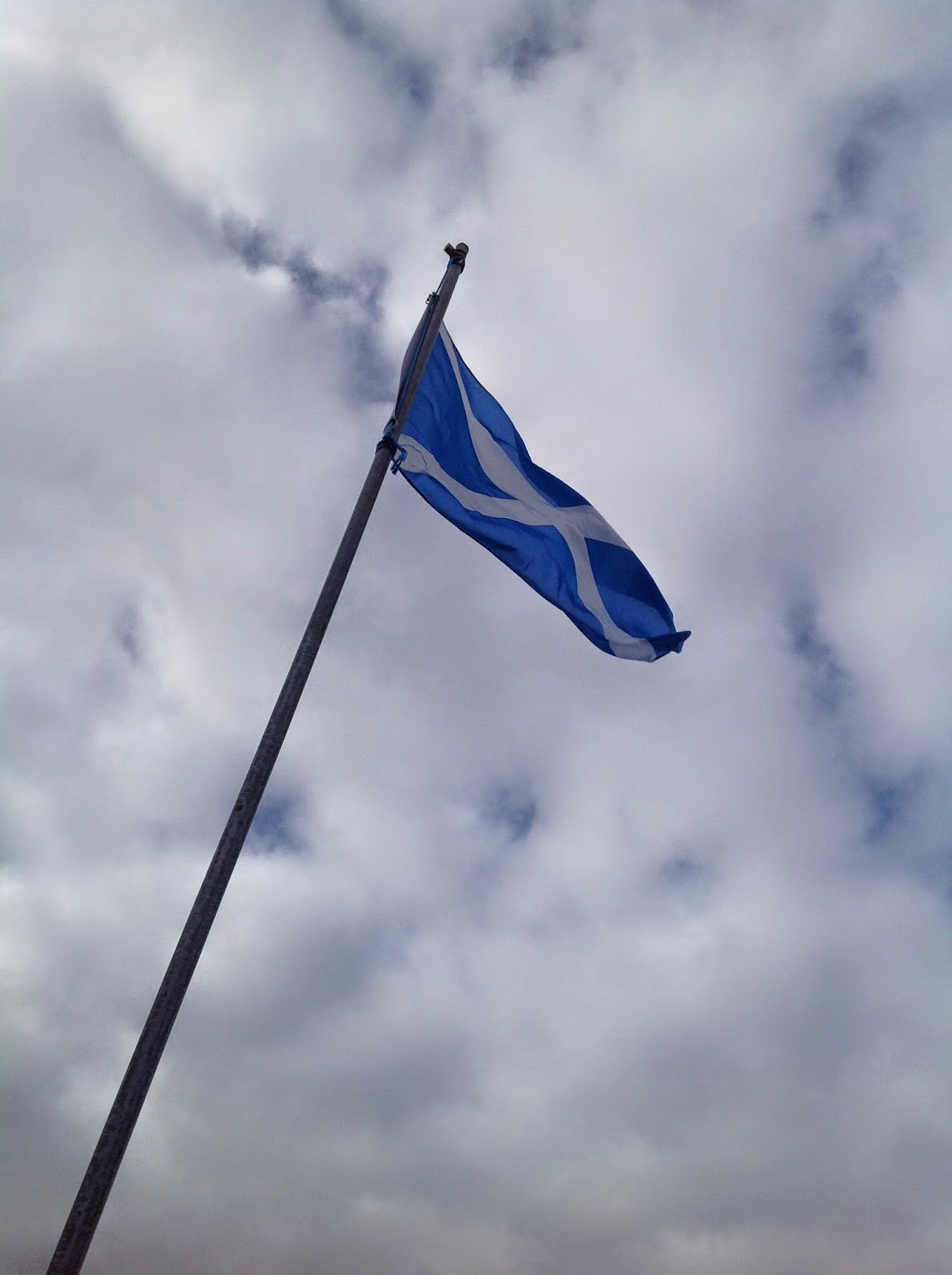 Keep up the pressure for change and work to make the future better for us all.
Posted by oneexwidow at 00:30

Email ThisBlogThis!Share to TwitterShare to FacebookShare to Pinterest
Labels: #indyref, Better Together, Scotland

Knowing your own political allegiances, Andrew, it comes as no surprise to find on which side you come down with tremendous passion. As a Brit who can't claim to have the tiniest trace of Scottish blood (unlike what seems to be the majority!), I must say that there is an allure to the 'Yes' side which the pro-Unions can't match, let alone trump - as any party campaigning for radical change does possess. But, affecting me in a fraction of the way it does others, it would be presumptious to do anything more than sit back and watch what happens, albeit with enormous interest.
My expectation, like most others, is that the 'Nos' will win, and if that turns out to be the case we all wait to see the speed at which reforms will be brought in - and whatever the result, the so-called 'West Lothian Question' must surely mean that matter has got to be met head-on and finally resolved. So that, at least, should be the bonus for which we can all hope.
Exciting times!

Congratulations, Andrew. You've now got the right to feel chuffed all round!