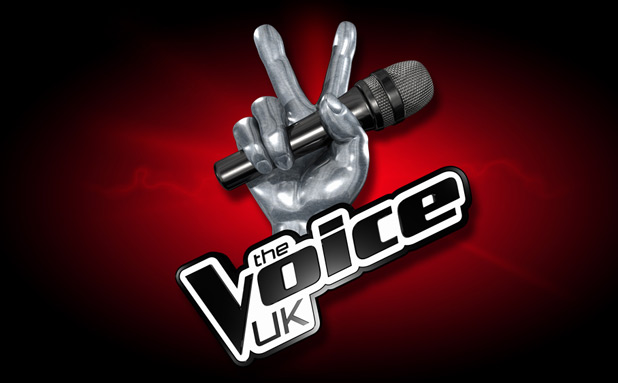 People who know me (or follow my Twitter stream) will be aware that I get sucked into watching various talent shows. Last year, despite my protestations that I really didn't want to commit to 3 months worth of The X Factor, I ended up following it all the way through - and was a particular champion of Misha B.

But The X Factor is a circus with a variety of acts, some of which are designed merely to amuse, some of which are cruelly taunted. For every Misha B, there's a Jedward or Ceri Reeves*. As TV singing contests go, though, it has limited competition.

A couple of years ago, Sky had a go with Must Be The Music (won by Emma's Imagination). This was a different type of show: open to singer-songwriters and bands in all genres and judged by credible musicians (a route The X Factor has subsequently gone down to some extent). Unfortunately, Sky axed it after just one series.

Now, the Beeb has got in on the act with The Voice UK and I'm hooked. The format is simple but effective: The initial audition stages are blind with the Judges' chairs turned away from the performers. Over the course of the auditions, each judge builds up a team of 10 singers - choosing whether they want to work with an act based on what they hear. Should more than one judge turn round, the act has the choice over who to work with.

There are importantly differences with The X Factor - firstly, all the acts can actually sing. The format simply wouldn't work with novelty acts so contestants have been pre-screened/scouted to provide a certain level of talent/interest. This means that the tone of the judges feedback is more constructive & positive and less crtitical or abusive than some of the unfortunates on The X Factor are subjected to.

Secondly, the line up of judges can, fairly, be described as stellar - Sir Tom Jones (no description necessary!), Jessie J (singer-songwriter, Brit School Alumni and very "current"), will.i.am (Songwriter, Producer and star of Black Eyed Peas) and Danny O'Donoghue (singer-songwriter and lead singer in Irish band The Script). The X Factor may have been able to boast a line up of artists (plus Louis Walsh) last year, but this was a first for them.

Thirdly, the judges all genuinely seem to get on. There may be occasional skirmishes (and possibly more as the show moves towards its latter stages) but in the audition rounds, they were encouraging each other to turn round to see acts - either once they had turned round themselves or if they thought an act better suited to another judge's skills or team.

Fourth, the dynamics between the judges changed over the course of the audition shows as they gradually filled up their teams of ten and became more focused on finding acts that differed from the ones they already had. A typical exchange would be: "Turn round!" "I can't, I've already got two that are similar to him - you should, though"

Finally, although the audition shows were more chronologically linear than those on The X Factor, the judges all wore the same for each show - meaning you weren't distracted by changing hairstyles and outfits and (subconsciously?) reinforcing the impression that this was about the acts not the judges.

Tonight the show moves to its next stage - Battles. Each judge will have their acts reduced from 10 to 5 through a series of Vocal Duets. It's another innovation and looks intriguing.

It's fair to say I'm a fan of the show and it's format. Even with Reggie Yates and Holly Willoughby, neither of whom I'm a particular fan of. (So far, their on screen presence has been minimal and their voiceovers haven't been too excitable).

For all its novelty, The Voice is a back to basics Talent show. By which I mean it's actually about Talent, as well as Show.

I had intended this post as the first of four today featuring each of the judges - I seem to have wittered on, so two more posts will follow later, with two tomorrow!

*This link is to The Sun